With the 1 year anniversary of SHINee Jonghyun’s passing being a recent topic, fans had taken action to show how much they missed the idol. From creating memorials and meet-ups to creating tribute videos and support groups – Jonghyun’s tragic death has made an alarming impact on the K-Pop community. 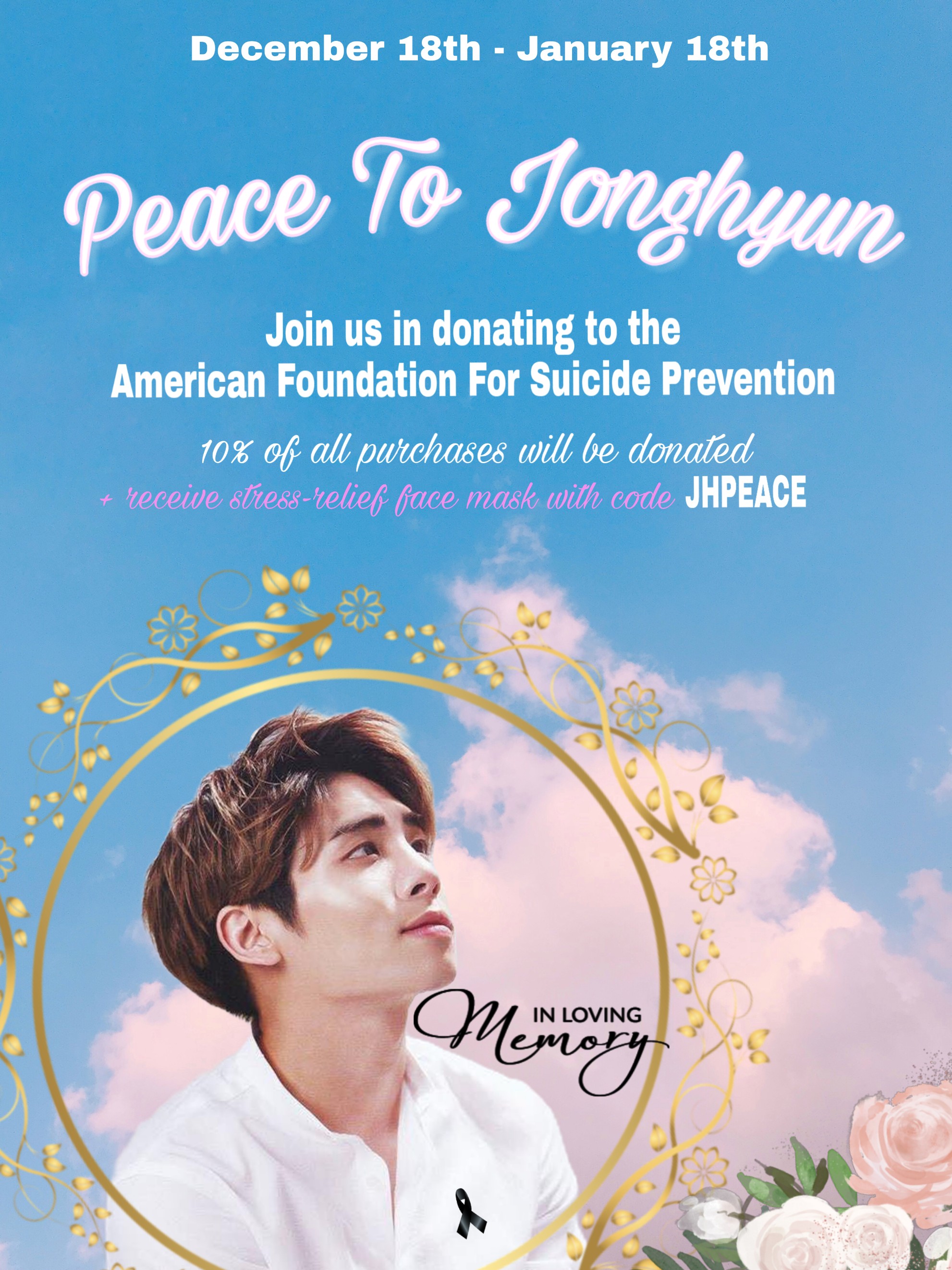 Although fans have worked hard to bring together friends and other K-Pop fans, companies and other groups have even started campaigns to not only show awareness and support but to also take action and raise funds to donate to various preventative causes/outreach programs. One company, Kos Allure, paired up with us to initiate the ‘Peace to Jonghyun’ campaign where 10% of all sales will be donated to the American Foundation of Suicide Prevention (ASFP for short).

This promotion began when a fan afflicted by Jonghyun’s death wanted to do something that made people donate while also receiving something that could comfort them, too. While suicide cannot be fixed overnight, Kos Allure also agreed with the idea “self-care is the first step in making yourself feel good and avoid the stress that can overwhelm you.” In an attempt to get people motivated to donate, the Korean makeup brand will be giving every customer a “Stree-Relief” facemask of their choice by using the code JHPEACE at checkout! Overall, not only will you be donating 10% of your purchases towards a helpful cause, but you will also be receiving something comforting in return!

For more info on the campaign, check out the video down below or visit www.kosallure.com for more details!

*UPDATE* – Missed the event and still want to donate? View and support our memorial page with ASFP here – https://afsp.donordrive.com/index.cfm?fuseaction=donorDrive.personalCampaign&participantID=1913229