If you haven’t already heard the news (or the hit song/group for that matter), you’re missing out on a great new addictive tune! The six-year running boy band N.Flying have finally taken home their first win! 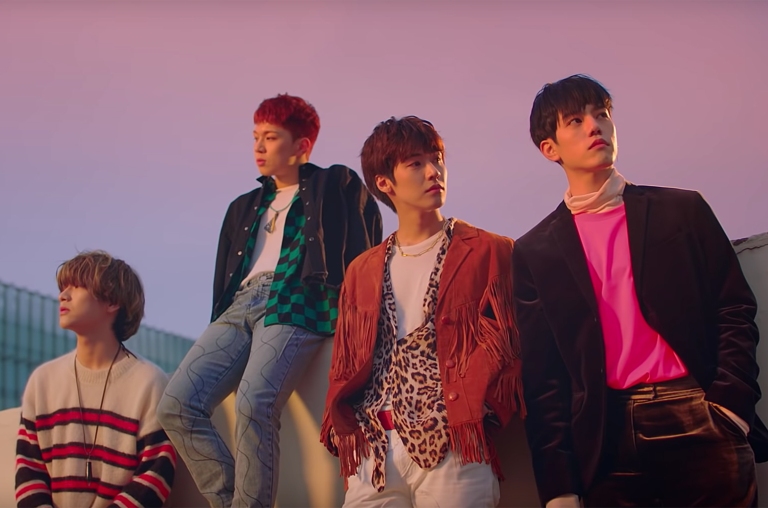 The charming boy group debuted back in 2013 with FNC Entertainment. They released their first single ‘Basket’ in Japan then later on making their Korean debut in 2015. They continued to maintain popular in Japan but Korea consisted of a harder audience to win over.

Now, after releasing their song ‘Rooftop’ (옥탑방) in January, their latest song has climbed the charts high enough to earn them their very first win! Similar to K-Pop girl group EXID, the boy group underwent some member changes, revamped concepts, and waited some time for the song to reach its peak (roughly 3 months!). Watch their tears flow as they accept their first award with huge gratitude from the live performance.

Both old and new fans can’t help but heatedly discuss how the award was overdue, the group is finally being noticed, and that they will now see fame similar to EXID. After many issues with their company, original member conflicts, and more, it seems the group can finally enjoy the fruit of the labor and indulge in their first substantial achievement. However, now is the time to strike while the iron is hot!

Will we expect more catchy hits and even a path to stardom (like EXID) from N.Flying in the future? Only time will tell but let’s wish them luck! Check out their winning performance below if you haven’t already – if so, enjoy it a second time!