Lady Gaga has been stirring up a lot of commotion in the music scene lately, especially with her recent collaborations (have we seen “Rain on Me” yet?). Now, she is showing the K-Pop crowd just how universal she can be!

The song “Sour Candy” is a hypnotic song with an addictive instrumental that has a playful tempo that seems to bounce and dance around your eardrums as the vocals of the 5 lovely women flow like synergy through our minds. Within 12 hours it already garnered 20 million views and their lyric video close to 3 million! Clearly, the song left us dying in anticipation.

“Sour Candy” opens with an echoed beat that immediately turns into a club-like tune carried by the voices of Black Pink from the start. The song doesn’t work too hard to get the beat stuck in your mind as they infectiously repeat “Sour Candy” throughout the track. Despite being short, I enjoy that the song gave Black Pink a strong chance to shine, it almost felt like their own song, which means Lady Gaga deserves credit for giving them such a comfortable and inviting spot on her album ‘Chromatica.’

However, I think when it comes to Lady Gaga’s time to shine, it doesn’t feel as blended. It makes the listener feel like, “Oh, there is Lady Gaga!” and almost forget Black Pink altogether, since their vocal sounds are quite different. Lady Gaga is more mature, being a senior singer, so her sound is more deep and tame when paired with Black Pink’s fresh out the K-Pop factory sounds. Overall, their names and extreme sense of style is a wonderous blend, but sound-wise, it could use a small amount of tweaking in order to blend perfectly rather than being stand-alone perfection. This was my initial thought upon first listen, however the more I listened it seems their vocals tend to be more seamless but it may be due to the block-like structure of the time between Lady Gaga and Black Pink’s lines. 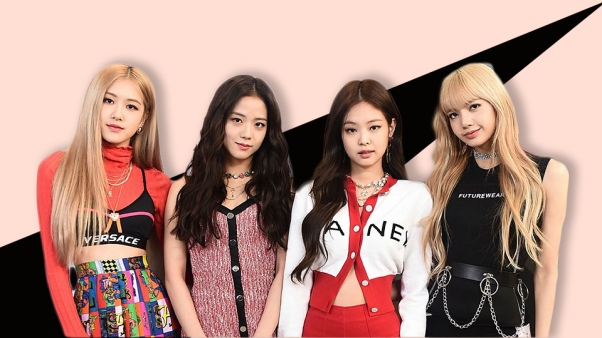 “Sour Candy” really caught me by surprise as Black Pink also sang in Korean! I feel like Lady Gaga showed respect as to what the meaning of a true collaboration should be – it is not only a fusion of two or more artist’s sounds and abilities but it should also be including their culture!

Black Pink’s Korean lyrics only enhance the song and it seems that the composed beats knew exactly how to compliment K-Pops style without making the Korean sound messy or misplaced. Although it is well composed, I do not think the lyrics really convey anything worthwhile or have a powerful message people were anticipating. It seems to still be very cliche pop when it comes to that. It basically creates that repetitiously boring trope of I’m that sweet but tough girl so if you can’t handle me go away or you can’t love me  -heard it all before, big let down.

Overall, “Sour Candy” is a bop but it certainly didn’t leave me craving more. Does it slap? No. Can I listen to it a few times and not get bored of it, even when it comes on the radio? Absolutely. Heck, I can see this playing in a gay club any day now. I give them credit where it is due and appreciate the gathering of such great artists in the end. Still, “Sour Candy” is just that and lacking more flavors making it fall short of anything spectacular so it lives up to being a simply tasty side-track.