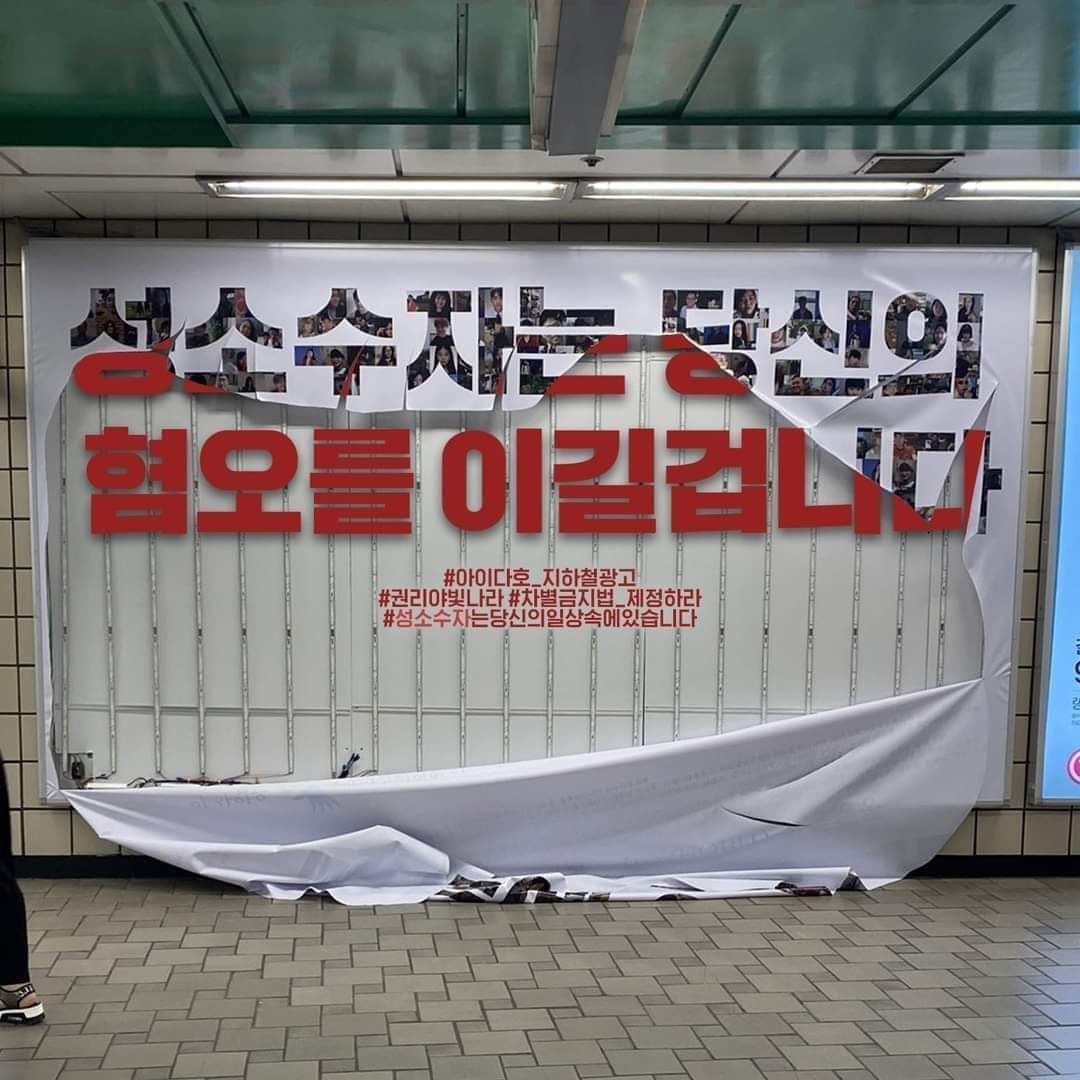 Recently, minorities (mostly the LGBTQIA+ community) are upset over the recent vandalism and destruction of an LGBTQIA+ positive banner ad lining the walls of Seoul’s Sinchon Station.

With the recent news of an anti-discrimination law coming into place in Korea, the government as well as the citizens have a lot of opinions on the matter. A queer group in Korea posted an ad (that has been translated into two meanings) reading, “A sexual minority will defeat your hatred,” as well as, “There is a sexual minority in your daily life.” 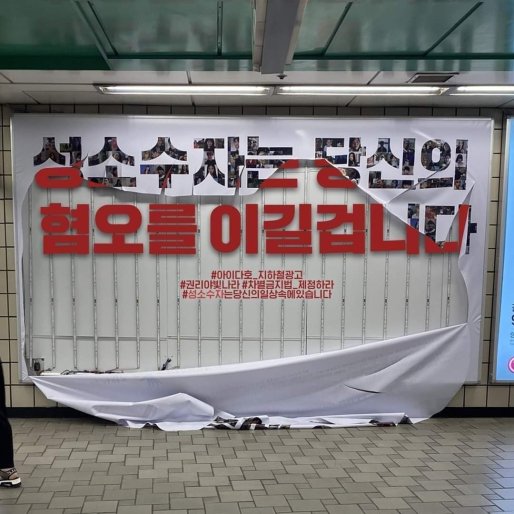 A day later, it was revealed that the banner was completely torn down. Soon after the queer group contacted authorities and replaced the banner only for it to be torn down again. After that, LGBT members came together to use sticky notes to reassemble the message and continue presenting its original meeting. For now, it remains intact, but many worry about the vandals acting again. For now, the police had no effort in cooperating with the group to monitor the ad or show any CCTV footage of the culprit. Yet, the minority group remains diligent and strong as their message continues to be heard. 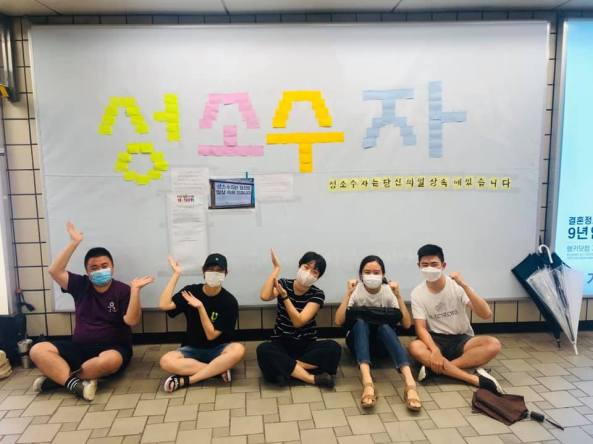 Currently, the LGBT community of South Korea is going through a lot of changes, alongside some battles such as the current Church Trial of Pastor Lee Dong-hwan who was accused of “supporting homosexuality” after blessing LGBTQ folks with flower petals during the Incheon Queer Festival, but the outlook appears to be gleam (fingers crossed!).  As of January 2018, South Korea was still lacking any anti-discrimination laws, which was recommended by the UN Human Rights Committee in 2015. Now, five years later, The minor liberal Justice Party has proposed a bill to ban all kinds of discrimination based on gender, disability, age, language, country of origin, sexual orientation, physical condition, academic background, and any other reason.

Justice Party Rep. Jang Hye-young has been the eye of many as minorities felt moved by her words while rooting for her to continue making efforts for further progression. Many are hoping this law will be the first step for Korea to recognize the LGTQIA+ community, alongside other minorities, and take a more progressive stance towards social justice issues and human rights in all daily aspects.

Perhaps haters can take a moment to listen to good ol’ GLAM and learn what it means to love unconditionally!