When you look at the way groups like BTS have brought international recognition to K-Pop in general, you can’t help but wonder what other K-Pop groups are popular outside of Korea!

Thanks to news outlets like allkpop, KPOPSTARZ and even companies like MAXPERIENCE and Big Hit bringing idols to our front doors with amazing concerts and fan-meetings, we can continue to see our favorite idols growing overseas!

It completely goes without saying that BTS is a global group! Their worldwide popularity continues to be obvious as they even recently won the VMA’s with their disco city-pop track “Dynamite.” Album after album, BTS just continue to break records and – dare I say it – maximize everyone’s K-Pop experience! These 7 young boys absolutely deserve the title of global idols! Billboard even said BTS topping the charts is the new norm.

Just like BTS, Black Pink are no strangers to any country. With their amazing hits and rough and tough attitude paired with their extremely vivid fashion sense, the girls have become this generation’s 2NE1 and are paving the way for K-Pop girl groups all across the globe! With a fan base that continues to grow and amusing collaborations with Western artists such as Selena Gomez, clearly, the global title must be given to Black Pink as well.

The boys of EXO may have debuted a long time ago (2011 to be exact!!), but it hasn’t stopped them from being the unstoppable group they are today. Still recognized for their unique sound, leading fashion, and diverse group of members, EXO continues to reign supreme over the Chinese market. Their fandom, alongside the Chinese music charts and market, showcases their place as #1 in the large, vast country.

While WINNER maintains an image that is relatable to many fans in various countries, they continue to shine even more brightly in China. Their QQ music subscribers and fan cafe collectively have over 2 million followers! Their album ‘EVERYD4Y’ was one of the most successful in China, charting higher than other Chinese singers. Even their collaboration with De Medicotem (DMT) Mask Packs surged with popularity in China and high demand for the product furthered their company’s interest in promoting the group in China more.

NCT may have popularity in many countries but their continued success in China is quite a force to be reckoned with. The boys have an entire sub-unit dedicated to Chinese Pop and Mandro-Pop, Way-V, with 7 members actively promoting with a sister company. The members continue to not only release songs, like “Turn Back Time,” in Chinese but also share videos and lives of the members speaking Chinese too! The boy group has completed many promotions and their NCT Dream tour in Kuala Lumpur with MAXPERIENCE was one of the many memorable ones!

Despite TVXQ being real veteran idols, established and promoted since 2003, the men continue to see success in Japan compared to many other groups. Their Japanese fan-cafe has over a million fans and growing! They have often been referred to as “Asia’s Stars,” and the boy group has actually seen vast success in Japan with sold-out concerts, albums, and singles dominating the Oricon charts alongside countless endorsement deals and Japanese singles! They may be Korean at heart but Japan is clearly their playground and their entire evolution is ground=breaking.

The charming and bubbly boy group easily dominated the Japanese market with their colorful MVs, boy-next-door style, and easy to enjoy tracks and singles! As well as having their very own fan-sites, official websites, and even merchandise, ASTRO are known for their active tweets towards Japanese fans, “Fan Parties” in Japan, including releasing singles in the language. Hosting many unique engagements and personal fan meetings through MAXPERIENCE in South East Asia, ASTRO have also (and quite often)  promoted in Japan through their agency with stage performances, KCON events, and tours, making them a lovable household name for the Japanese public.

TWICE are another group than when you think of their name, you can expect everyone around the globe to recognize their fame and talent. However, most likely due to their talented Japanese member line-up, the group has gained huge success and planted their names in the minds of the Japanese public. Sana, Momo, and Mina have effortlessly brought the groups loving songs into the market and the group was created in mind to appeal to the J-Pop market. TWICE have their own website completely in Japanese, fan-cafes, and have held countless tours in the country. Their countless Japanese remakes and singles also boost their fame!

It can come to a surprise for some, but no other K-Pop group is as big in Latin America as much as Super Junior! While this veteran group is quite deserving of the “Worldwide Famous” title like BTS and Black Pink, their recognition and fame is no joke in Latin countries. The group can often be seen interacting with fans in Spanish, singing Spanish songs, touring the country, and not only releasing Spanish-influenced tracks and singles but even collaborating with Spanish artists such as Leslie Grace for their hit song “Lo Siento.”

Boy group SEVENTEEN has been a group constantly mentioned alongside the names of BTS, Black Pink, and Red Velvet in America.  The boys have graced the KCON stage in both NY and LA numerous times, have merch sold in bookstores and K-Pop themed stores across the country, and were even featured in kids pop-culture magazine J-14 for being a group to watch out for!

When people think of the usual boy groups in K-Pop, often feminine styles and flower boys come to mind – but this was never the case with MONSTA X! The boys severely pushed their intense and masculine image with their sculpted bodies and deep voices. They were visually the ideal man any USA fan could easily desire (mainly Wonho~). Aside from their looks, the members often headline various K-Pop sites and even Western news outlets such as BuzzFeed, hold many interviews on US Talk and Radio Shows, and had various tours and stage appearances. Oh – did we forget to mention they were also one of the first K-Pop groups to release an entire English K-Pop album, ‘All About Luv.’

Red Velvet are another group of girls going strong with their international fanbase, but they consistently saw popularity in the USA. Their songs such as “Dumb Dumb Dumb” and “Bad Boy” has been constantly covered not only online but has also been the must-have track for various dance shows and flash mobs in NYC and LA. Their ‘REDMARE’ 2019  tour was one of the best selling and history-making K-Pop tours in the USA according to sites such as Forbes and PaperMag. Member Wendy is also a beloved idol due to her American style and amazing English speaking abilities – which is a break-through advantage for the American music scene.

If you enjoyed learning about these fabulous groups, check out MAXPERIENCE’s SNS channels and join other fans for fun quizzes, polls and video updates from idols~ 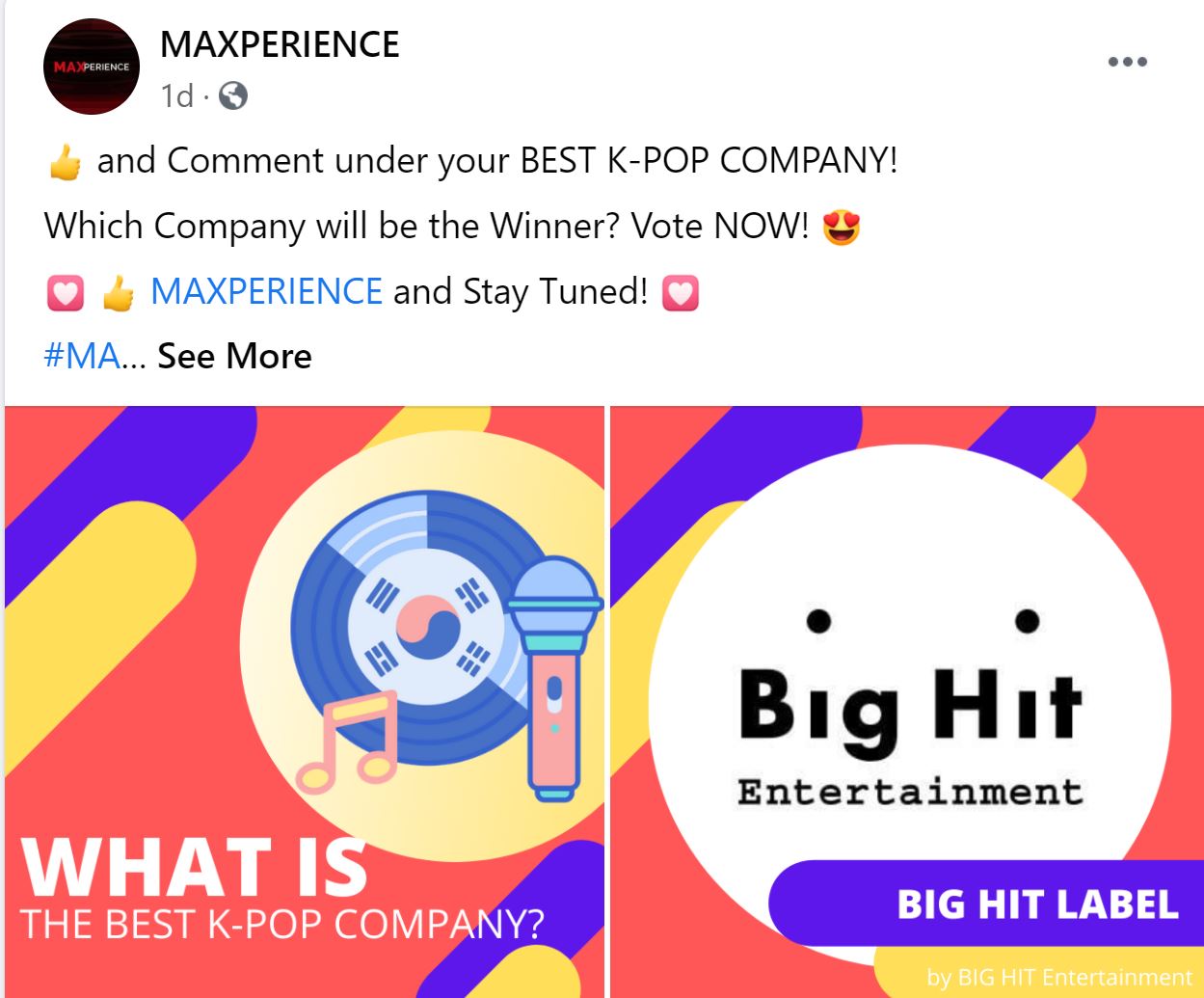 While there are many other idols and groups who can join the ranks, the list consists of the best! What do you think? Were you shocked to see some of these idols being popular in other countries? How about seeing more of your favorite idols in your own country? Check out how MAXPERIENCE helps connect fans with their favorite K-Pop idols with fan-meetings, concerts, live events, and more by clicking here! Maximize your K-Pop experience and let us know which K-Pop group you want to see in your country!

One thought on “Do You Know Which Countries These Idols Are Most Popular In?”