BTS, who are without a doubt the most recognizable international artists of this generation, have once again released an MV that topped the charts, broke even more records as well as some fan’s hearts too!

“Life Goes On” is the latest title release from their newest album ‘BE.’ Produced by Pdogg, a famous composer who has worked on various songs with BTS such as the endlessly fun and chart topping hit “Dynamite,” the song “Life Goes On” was all co-written by members RM, J-Hope and Suga. Most of the album has been composed by the members as the revealed they have used this down time away from tours and fan meetings to become even more involved in the creative process of their music. See for yourself in the MV below that reached 80 million views in one day.

The song begins with a soothing melody alongside mid-tempo acoustic guitar strumming, and rhythmic clicking of a tongue that at first sounds like a clock going by but intentionally follows the beat alongside the high-pitched echoing vocals.

As the song progresses, almost immediately the instrumental becomes more developed and inviting rather than intense. Like a warm hug, it greets and welcomes the listener into the soothing voices of BTS.

The song’s consistent mid-tempo melody and movie-like quality offers a sound that can lull people to a place of peace and evanescence. It doesn’t make the heart race and summons a feeling of longing nostalgia. It is quite the shift in energy compared to the cheerful power-up rhythm of “Dynamite.”

Juggling between raps and vocals, with RM’s rap being the most abrasive on the melody than Suga’s, the members harmonize their skills and tones effortlessly with nothing coming off as out of place.

Perhaps the most mesmerizing part of the song, the English to Korean high-pitched chorus instantly absorbs and transport the listener. Perhaps its the analogy of the lyrics or the sudden transition of English, but this part not only highlights the song but casts the listener into the entire mood-set. “Like an echo in the forest,” or “Like an arrow in the blue sky,” we can see time just zipping by as we remain in place. 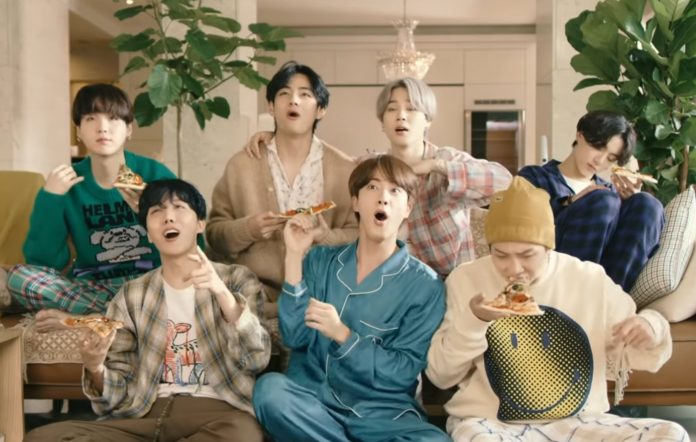 Visually, the MV carries out this nostalgic idea with cool tones alongside scenes of the boys relaxing together and looking over clips of their days gone by and spent together. The transitions from day to night and fast-paced car rides to laid-back at home days continues to emulate this feeling.

Of all the scenes, the most visually appealing one is of the boys resting on the sofa with the TV flashing their memories. Alongside the emotionally swelling lyrics, it felt as if BTS were fading away and reminding us their time is limited too and should be well spent with them as ARMY fans. Of course, their can be an absolutely different meaning here but these were the emotions building up within me.

Many critics mentioned during a time of distress and uncertainty towards the future, BTS always manages to turn left when everyone is turning right and surprise us with their satisfying content. Although various artists released a plethora of heart-warming songs due to the misfortunes of the worldwide pandemic COVID-19 (Taylor Swift, JOJO, the list goes on), BTS’ current song comes across as being the most sensitive and touching. The song is layered and hits all the right places as it goes over the concept of time escaping our grip, feeling trapped (quarantine for sure), and simply put – “Life Goes On.” 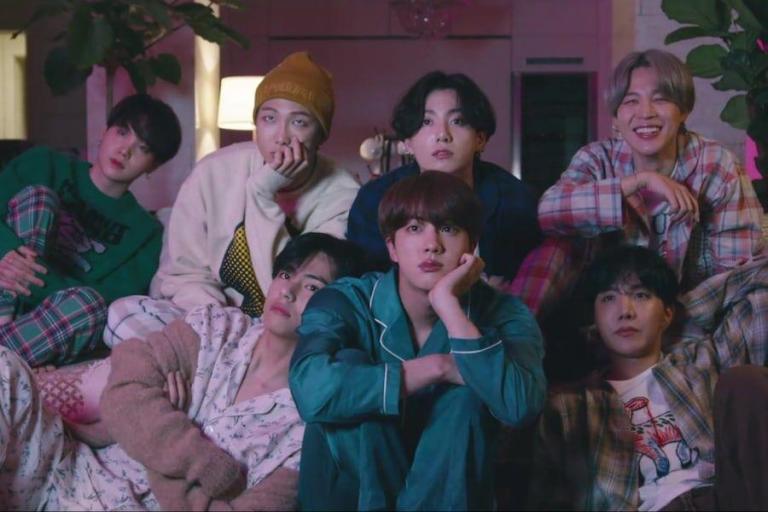 The song isn’t just a catchy tune with a story, it feels like an absolute conversation. Specifically, when member Jin whispers to “Grab my hand… to the future, let’s run away.” The swift transition and break in the instrumental thereafter that follows up with a serious display of the boys dressed in suits, clouded in gray, as they sing the chorus again is award-winning. All in all, I believe this is the highlight that is bringing fans to tears.

Overall, the song is well constructed. It seems to be well-thought out without a mistake to be found. The sound and style alone is easily appealing thanks to the absence of noisy EDM melodies that are saturating K-Pop more and more these days.

I may not be the BIGGEST ARMY member out there, but this is definitely a song I can appreciate and find comfort in. Without a doubt, this song is another mark of BTS’ legacy in our world today and the future that goes on. The 7-members will never be forgotten.