Sadly, the racism continues as BTS are new the newest targeted celebrity group for online slurs and commentary. This time, a popular Chilean comedy show added fuel to the fire by sparking controversy over their racist, xenophobic skit dialogue that unearthed mixed responses – both positive and negative.

The video, which was released on Twitter by fans and already garnered over 1 Million views, has cringeworthy dialogue as the actors mock the members names by making them similar to the North Korean Leader Kim Jung Un alongide mocking the Korean language with inaudible gibberish and claming they are getting the Covid-19 Vaccine to stop the spread of the “Asian Virus” (Corona).

Click and check out the video for yourself below and scroll down for a full translation of the video audio.

[THREAD] Last night, Chilean comedy TV show #MiBarrio (open TV channel available to the whole country) presented a parody performance of BTS, where all the jokes were based on racism and xenophobia, including mockery of their language, (cont.) 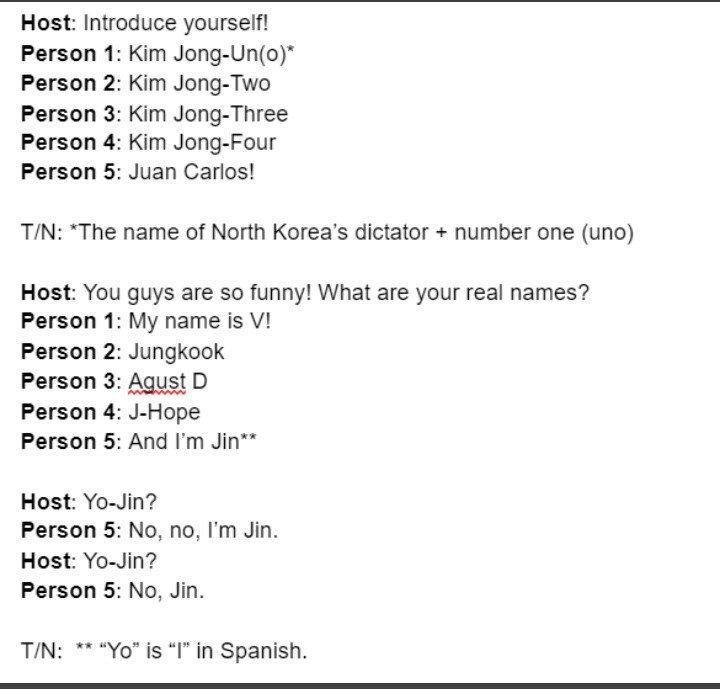 Fans immediately shared their distaste in the skit saying, “Last night, Chilean comedy TV show #MiBarrio (open TV channel available to the whole country) presented a parody performance of BTS, where all the jokes were based on racism and xenophobia, including mockery of their language,” “Their names, and a joke related to the pandemic. This situation is extremely insenstive considering the discriminatory attacks the Asian community has suffered globally” and “My memory of jungkook who chose to perform for chile despite severe exhaustion during their Wings tour is still fresh. today, i raise my *middle finger emoji* for every chilean who thinks that the way B75 speak is a good subject for comedy. YOU DONT DESERVE B75.” Clearly, this dislike and blatant diasgreement with the show is felt and understood nationwide if not globally.

In this kind of time, who would post such a thing? Unfortunately, racism continues to spread as other Korean celelbrities face racist slurs on their social media. There have been no responses and follows with ‘MiBarrio,’ the actors involved or the show writers. Nonetheless, an apology should be made and the show could reconsider what they define as “Funny” for their future comedy. What do you think of this horrific situation? Share with your friends and voice your concerns in the comments down below.