If you thought the superb and often jaw-dropping acting of Park Eun Seok (Logan in Penthouse) then you will be amazed by the new journey he will undergo in the new film ‘The Brave New World.’

Produced by VIVE STUDIOS and directed by director Kim Ho-Sung, who produced the films such as ‘With God’ and ‘Gwanghae,’ the short-film ‘The Brave New World‘ depicts the story of a talented muscician who often dreams of becoming a professional in the near future. However, things begin to get more creative and unique as the muscisian meets a mysterious person while stumbling upon a mysterious place that appears as e cruises down the highway on his motorcycle. The film is set to be shown on April 30th. Idol singer BM from KARD also particiapted in the film as the singer for the capitvating OST. The two talents combined have created quite the attraction among fans. 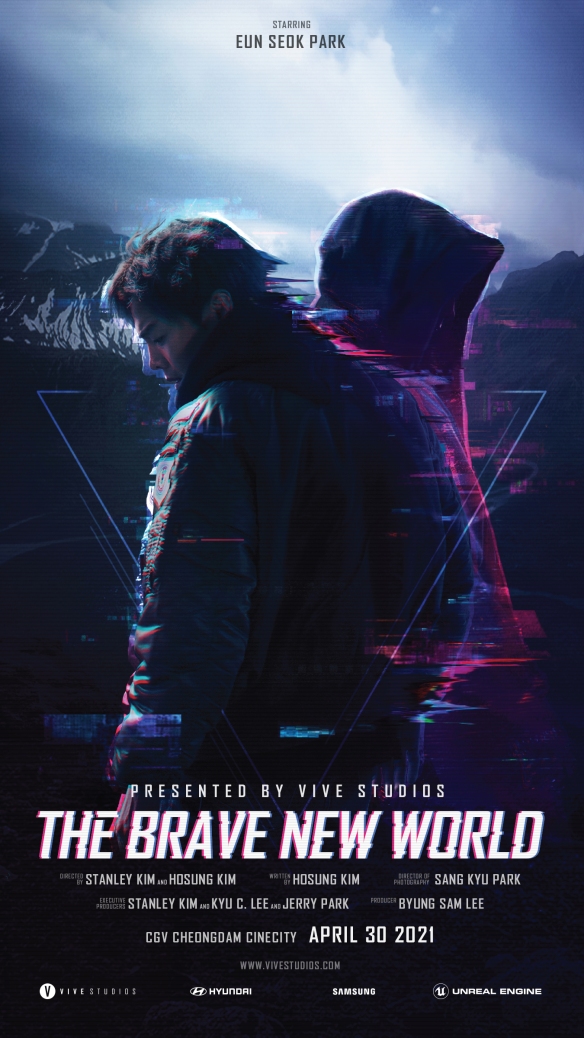 However, this film is not just home to some amazing talent, it also features a revolution in today’s modern technology regarding background effects and cinematography. VIVE STUDIOS, the ones in charge of BTS member Suga’s virtual appearance during the hit boy groups live performance stage of “Life Goes On” during the MAMA Awards, are one of the first studios in Korea to be utilizing LED white screen backdrop technology (referred to as VIT) which is a new modern approach as the alternative means of using green screens and chroma key. This new method breaks beyond the limitations of the green screen as it is not restricted to just a flat background and layering visuals. VIT utilizes various cuved panels and real-time pre-recorded locations in order to fully render the actors into the scenery.

Nowadays, traveling has become a major issue due to the pandemic and restrictions in place for health concerns. Not only is traveling an issue, but weather conditions and the overall expenses of sending equipment, actors and more abroad is quite a pretty penny for major film production companies. Now, due to this cutting-edge technology, film-makers can easily record real-time backgrounds anywhere in the world, implement them into the scenes and even edit the imagery all in real-time in order to fit the mood of the shots being recorded. Transitioning from day to night, swithing through various locations, altering weather conditions, alongside other minor visuals, are all easily tweaked on command.

Actor Park Eun Seok shared his thoughts on the project and the innovative methods for filming by commenting, “I felt like I was standing on a theater stage because there was a background in front of the LED wall. I received a lot of help in the film and saw the potential of VIT development in the future.” 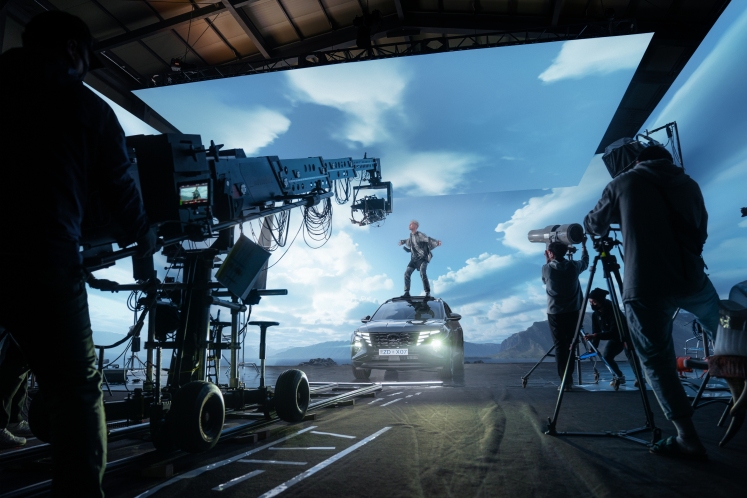 Se-gyu Kim, CEO of VIVE STUDIOS also shared his thoughts by saying, “I want to create a world where everyone can be happy through our platform by constantly creating new things by integrating the highest level of technology, storytelling, and innovations from other industries. Starting with the development of VIT solutions, we will continue to create and challenge ourselves with the goal of a 10-year plan for ‘Viverse,’ the metaverse of VIVE STUDIO.”

What do you think of the amazing advancements in today’s technology? Are you looking forward to seeing the release of ‘The Brave New World’ and Park Eun Seok’s superb acting? Stay tuned for more updates and share the article with K-Pop fans and tech-savvy friends.