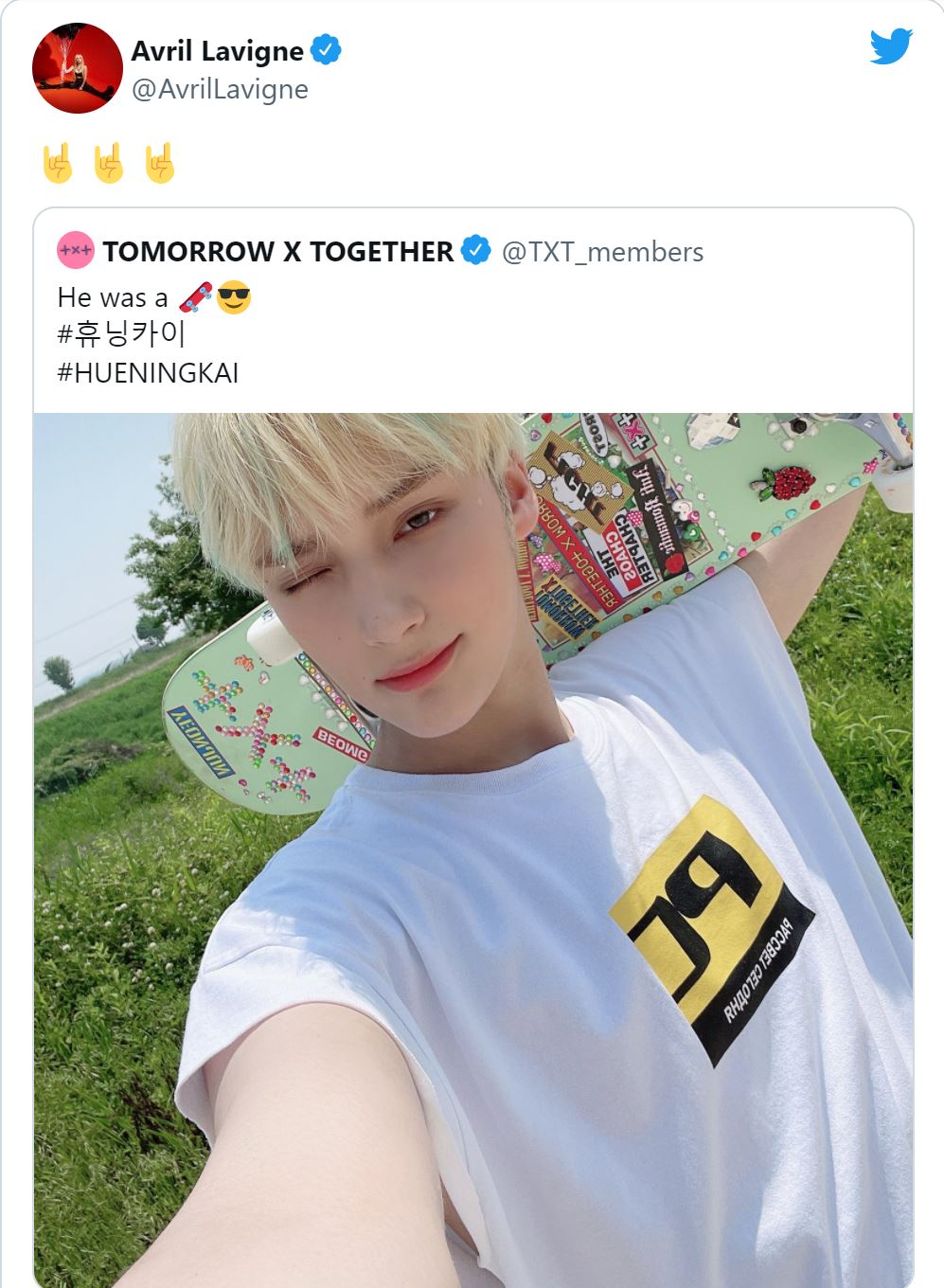 Fans were delighted to see the princess of pop-rock Avril Lavigne showing interest and complimenting a K-Pop artist who payed homage to one of her biggest hit songs.

TXT‘s Korean-American member Huening Kai (who was born in America, but also lived in Brazil and China) recently intriguied fans when he released a photo from the groups comeback album shoot. As some of you already know, TXT is preparing for the release of ‘The Chaos Chapter: FIGHT OR ESCAPE’ album with a colorfully attractive skater boy-next-door image.

Huening posted a BTS picture to Twitter with the caption “He was a sk8ter boi (with emojis)” referencing the hit song by pop-rock princess Avril Lavigne. After Avril saw and retweeted his photo with some “rock-on” emojis, Huening jumped on the opportunity to cover the popular song.

Now, Heuning has released the official cover, which Avril Lavigne again retweeted saying “Amazing cover!” with yellow heart and skateboard emojis. After feeling so honored to receive love from the icon herself, fans are also showering Heuning with praise over his amazing English skills and how well he can sing in various genres of music! Check out the cover below and let us know what you think of this energetic song in the comments.