If you couldn’t get enough of Red Velvet, the stunning quintet from SM Entertainment, at this year’s KCON and Chicago fan-meet, then 2019 will be the year of velvet for you!

The sexy, trendy, fun Korean girl group are living up to their latest spooky concept by having the “REDMARE” tour stateside in February 2019, covering 5 cities across the USA!

Over the years, Red Velvet has released iconic, catchy tunes that took the market by storm. Songs such as “Dumb Dumb”, “Ice Cream Cake”, “Russian Roulette”, “Peek-A-Boo”, “Bad Boy” and more captured the hearts of many. With their most recent EP, ‘RBB,’ Red Velvet effortlessly calls the attention of all the really bad boys and girls alike.

See below for ticket tiers and pricing. Seating information will be released at a later date. 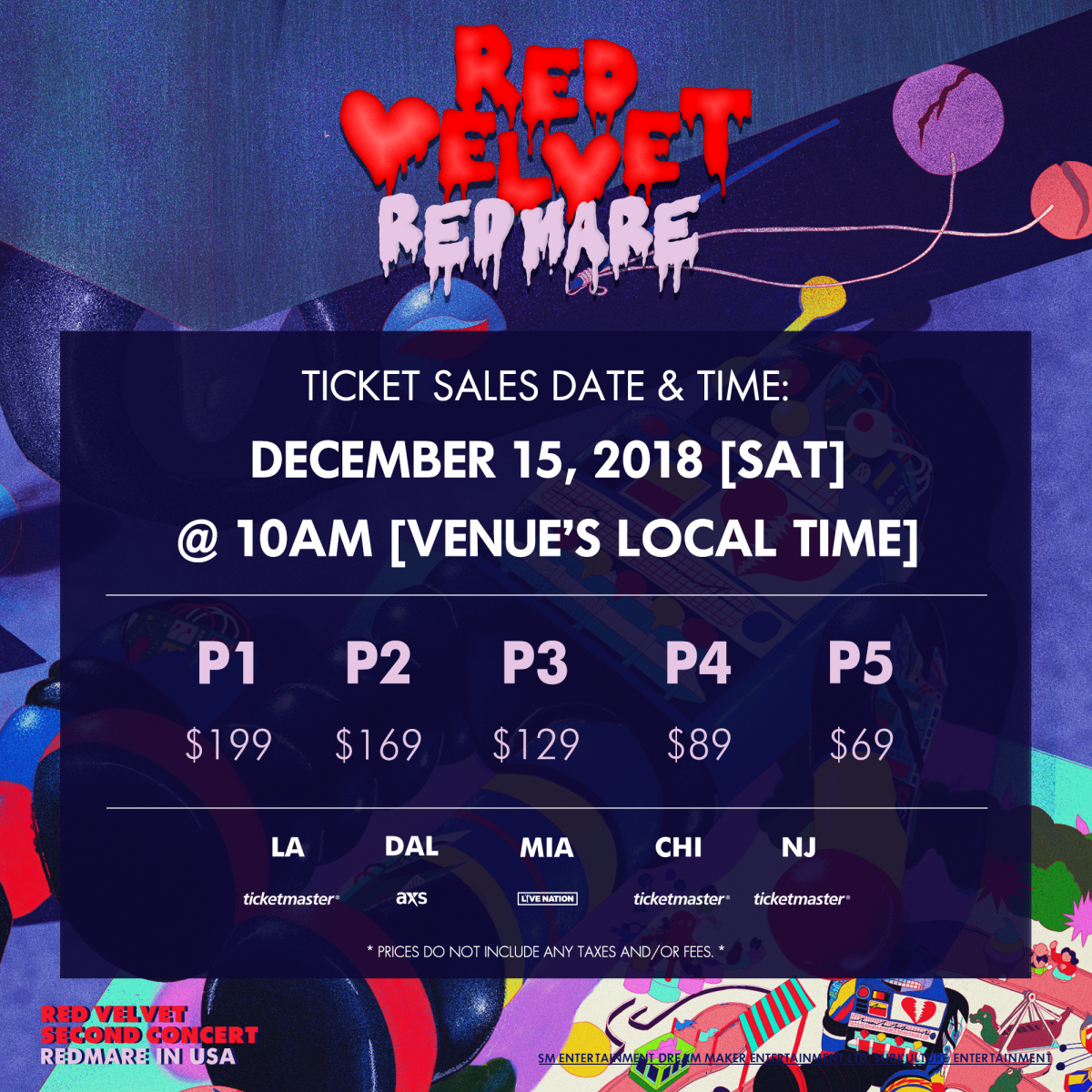