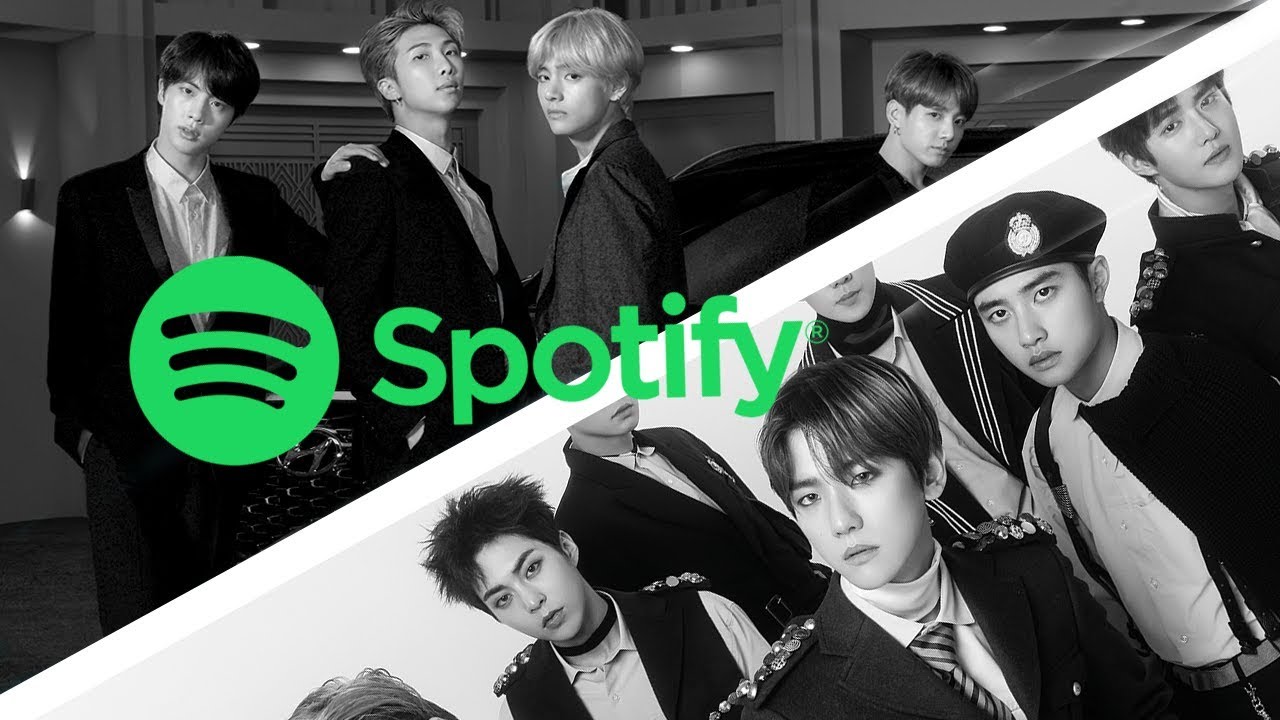 While many Koreans utilize music apps such as Naver Music and Melon to get their K-Pop fix and listen to other chart-topping songs, international fans heavily really on Spotify and the company is finally catering to us fans!

With K-Pop’s global presence continuing to grow (aka world domination!!!) the needs of the fans grow alongside it.  With Spotify joining the trend in 2014 with K-Pop Daebak, which garnered over 3.5 million likes on the platform, the name rebrand comes with a new mission in mind and added features to further increase our love of K-Pop and offer artist engagement. Despite the saddening news of various K-Pop tracks being removed due to licensing, it seems the issue may become a thing of the past.

While fans often scoured the internet for listicles and forums for unique K-Pop playlists for recommendations and songs like the ones below, Spotify has launched K-Pop On! (온), a playlist that not only includes all of our favorites but also stay up to date and matches with its competitors.

“K-pop is still daebak, or awesome, but there is so much more to the genre and the culture it has fostered around the world and so the name change reflects that,” says Kossy Ng, Spotify’s Head Of Music in Asia. “K-Pop ON! (온) embodies the idea that ‘K-pop is always on 100 for the whole world.’ The new name is a double-entendre — combining the Korean word ‘온’ meaning ‘100’ or ‘whole,’ with the English word ‘on’ to display the action of ‘turning on,’ a word that’s accessible to many languages around the world.”

According to Ng, fans can expect more from Spotify and their involvement in the K-Pop scene. Spotify will be launching “original content that pulls back the curtain on fans’ favorite artists and songs in K-pop” later this year after the successful rebranding. There will also be new discovery tools for K-pop listeners, and industry and non-industry partnerships. According to Spotify, the K-Pop Daebak playlist averages 6 million first-time listeners per month! There have been 4.7 million searches for “K-pop” on the platform over the past 90 days alone which encouraged Spotify to step their game up and better serve us K-Pop fans! Spotify K-Pop playlists are great, but I still have interesting recommendations every fan will enjoy!

K-Pop Christmas Songs No One Talks About

The more and more recognition that comes K-Pop’s way, the more oppotunities international fans have to not only learn about the music but also enjoy some valuable perks to engage in their favorite artists content. As a way to show fans they mean business, Spotify is will be launching a series of billboards around the world, featuring hit groups such as NMIXX in Los Angeles; BTS, asepa and NMIXX in New York City; ATEEZ, Red Velvet, NCT Dream and more in South Korea; SEVENTEEN, BLACKPINK and others in Indonesia; BTS, NMIXX and IVE in Japan; and BTS, TWICE and ENHYPEN in Toronto.

Perhaps you can take a picture in front of these billboards and share your favorite playlists with us here? Let’s look forward to the content Spotify will produce and continue to love K-Pop! In the future, expect more fun K-Pop playlists and recommendations like the one below from Hello Entertainment as well.